In delivery organisation’s today, the PMO is there to support and provide guidance to ensure the successful delivery of portfolios, programmes and projects. As the business changes, adapting and flexing to deliver faster and smarter, so too must the PMO. In this session we take a look at how the PMO is adapting and changing.

This session will be based on a number of different areas:

The session promises lots of insights and takeaways that appeal to a broad range of people – the key message is the PMO is evolving and adapting to changing business needs and in this sessions we show how they’re doing that. 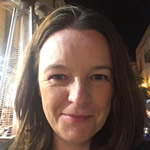 Lindsay Scott has worked in and around PMO's since the late 90s – working first as a Project Office Co-ordinator and later as the PMO Manager for Hewlett-Packard’s Consulting Division. She then co-founded Arras People – the project management recruitment business and focused on PMO recruitment for a number of years. Alongside this work she became a part of the PPSOSIG, which later became the PMOSIG, the specialist interest group for the Association for Project Management in the UK. She then founded PMO Flashmob in 2013, which is a networking and learning group for people working in PMO. With the success of that, the annual PMO Conference which takes place each June in London soon followed. The last conference had 400 PMO practitioners in attendance, all eager to be inspired by PMO thought leadership. In 2018, PMO Learning was formed which is totally focused on formal training and certification qualifications in PMO.

Lindsay is also the careers expert for PMI’s PM Network magazine; co-editor of the Handbook of People in Project Management; and regularly writes on PMO themes in a number of publications. She loves PMO. 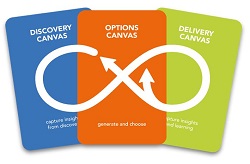